Jeffrey Turner
Jeffrey holds a Master’s degree in English Literature and is an avid fan of classical music. He also plays the piano incredibly well and calls it his main hobby. 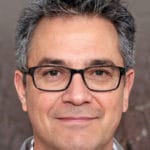 Russell Walker
Russell is a sound producer and songwriter. He deals with digital pianos and MIDI controllers on a regular basis so no wonder he knows everything about them.

Play Piano Tips is reader-supported. We may earn a commission through products purchased using links on this page. Learn more about our process here
By
Jeffrey Turner

Jeffrey Turner
Jeffrey holds a Master’s degree in English Literature and is an avid fan of classical music. He also plays the piano incredibly well and calls it his main hobby.

Every beginner pianist needs lots of practice to hone their skills. Needless to say that they cannot get enough practice if they do not have a good practice tool. The excellent practice tool should not be expensive. Also, it should strike a good balance between a keyboard and a piano. That’s precisely what the Roland GO Piano does so well.

As our Roland GO Piano review will reveal, this beginner-friendly instrument boasts all the features you need to enjoy a seamless start to your piano-playing journey. Available in two series with 61 keys and 88 keys, respectively, this piano offers hundreds of preset sounds and is easy to use. Find more of the Roland GO Piano’s features in this article!

Good features are responsible for good products. The case is not different for the Roland GO Piano, which has many helpful features for beginners. We will explore the many features of the 61-key and 88-key series of the instrument in our Roland GO digital piano review.

Although it’s easy to guess that the only difference between the GO Piano series is the number of keys, that’s not true. Beyond the number of keys and size, both versions have differences in performance. For example, the 88-key version comes with a DP-2 damper pedal, but the 61-key option does not have that luxury.

On top of that, the latter comes with more than 500 preset sounds, while the 88-key variant features only four presets. Another significant difference is price. Unsurprisingly, the newer 88-key version is more expensive than the 61-key variant.

As a beginner pianist, you want to start small and avoid the $1000+ pianos at first. The best beginner-friendly digital pianos are available for less than $500. Impressively, the 61-key and 88-key versions of the Roland GO Piano cost much less than $500. That means you don’t have to break the bank to own any version as your practice tool.

Before delving into the performance of the Roland GO Piano review, let’s look into its construction below:

Despite the 88-key model’s higher dimensions, it is still relatively portable, thus easily transportable. Moreover, the Roland GO Piano models are lightweight. Weighing only 8.8 lbs (4kg), the 61-key model is easy to move around without discomfort. Even though the 88-key variant is a bit heavier at 15.5 lbs (7kg), it is relatively lightweight.

Overall, the dimensions and weights of the Roland GO Piano series are impressive.

The Roland GO Pianos are mainly built from glossy plastic. While the build quality is not bad, some people might find it flimsy. Besides, the piano’s front panel control area boasts a matte finish, which does not allow fingerprints to stick and accumulate.

There’s only a little difference between the material construction of the 61-key and 88-key versions of the Roland GO Piano. The 88-key variant features a red felt cloth behind its keys. While the cloth does not serve any performance-related purpose, it adds a “premium” look to the piano.

All in all, we see the GO Piano as one instrument that can survive years of use without breaking down.

The key count is the only difference between the keys of both GO Piano variants. In comparison, the GO-61P features 61 keys, and the GO-88P consists of 81. However, their keybed is similar. Their keys are fully sized, meaning they match the size of real piano keys. This phenomenon makes the piano a perfect practice tool because it seamlessly lets beginners transition to actual pianos.

Also, the keys are shaped like actual piano keys with a block-style shape. Furthermore, the keys boast a textured ivory surface, which provides you with a subtle grip while playing.

Moreover, the Roland GO Piano’s key action is unweighted, which is unsurprising for a budget keyboard. Realistic hammer mechanisms are pretty expensive, hence the high price point of acoustic pianos.

Overall, the Roland GO Piano keys are solid and incredibly light, but their responsiveness is impressive. They also boast well-tuned velocity curves. The weight might not be impressive, but they are good enough for practice.

You can’t ignore connectivity when shopping for a piano because it enhances the performance. Firstly, the GO-61P features a 1/8-inch Headphone jack that lets you play without using the built-in speakers. The jack also works for amplifiers and external speakers. In contrast, the GO-88P has a ¼-inch headphone jack that serves the same purposes as the GO-61P’s jack.

Secondly, the GO-61P has a 1/8-inch Auxiliary In jack that lets you connect a media player or a smartphone to use the piano’s built-in speakers. This specific jack is absent on the GO-88P. Thirdly, both Roland GO Piano versions feature a ¼-inch Pedal jack where you will connect your sustain pedals.

Fourthly, the GO-61P uses a USB micro-B port, while the GO-88P utilizes a full-sized USB type B port. This jack allows you to control computer software with the GO Piano. Finally, both models have Bluetooth connectivity, which lets you link the piano to a smart device.

Both versions of the Roland GO Piano have different controls. When you look at the 61-key variant, you see various symbols that point to specific functions. Those symbols are touch-sensitive ‘buttons.’ The response is not great, but you will adapt to it after some time. Besides, you get a screen that will help with navigation, thanks to the good amount of information it displays.

On the other hand, the 88-key version uses physical buttons and features words instead of symbols. Nevertheless, the presence of key functions above the equivalent keys eases navigation.

Ultimately, the GO-61P seems to provide a better user experience, primarily due to the presence of a screen.

Let’s discuss the features and factors that determine the performance of both versions of the Roland GO Piano.

Who can use it

The Roland GO Piano might sport the looks of an actual acoustic piano, but their unweighted keys won’t fool an experienced pianist into thinking they’re playing a concert grand. More specifically, this piano’s keys are too light for advanced players, but they are just fine for beginners.

Pianists who find fully weighted keys challenging to play can also find a friendly tool in the Roland GO Piano.

Frankly, the onboard speakers of the 61-key and 88-key variants of the Roland GO Piano are not a great representation of the sound quality. You might find the sound quality pleasant when using moderate volume levels, but that changes at higher volume levels. The higher levels often pronounce the harsher frequencies.

Both Roland GO Piano variants boast a 128-note polyphony. The piano’s polyphony  refers to the number of notes Trusted Source What is polyphony and why is it important? - Yamaha - United States Polyphony refers to the maximum number of notes that a keyboard or sound module can produce at one time. For instance, if you were to play a 3-note chord with a 1-note melody, you’d need at a keyboard capable of at least 4-note polyphony. usa.yamaha.com  you can play simultaneously without having samples cut off. That means either of the GO-61P and GO-88P allows you to play up to 128 notes simultaneously. In reality, you can’t play up to that number. Hence, there’s very little chance you’ll ever run out of notes.

There are significant differences between the 61-key and 88-key versions of the Roland GO Piano regarding presets. The 61-key variant boasts over 500 preset sounds, including Acoustic Pianos, Electric Pianos, Organs, and others. You can navigate the sounds using the category ‘buttons.’

In contrast, the newer 88-key version offers only four sounds; Acoustic Piano, Electric Piano, Church Organ, and String Ensemble. Frankly, the heavy reduction in the number of presets is disappointing, considering this variant is supposed to be an upgrade.

Moreover, both GO Piano variants come with a Reverb effect. The effect gives the piano’s sound a sense of space. You can adjust the intensity level from 0 to 10.
Additionally, the 61-key version features the popular Chorus effect, which is disappointingly missing from the 88-key variant. This effect  helps to enrich a sound Trusted Source A basic chorus effect | Max Cookbook The “chorus” effect is commonly used to enrich a sound. The effect gets its name from the way that a chorus of people singing or speaking in unison sounds different from a single person. By extension, a group of violins sounds different from a single violin (even though we don’t call a violin section a “chorus”), and the same effect even takes place inside a piano because most of the hammers strike two or three strings tuned in unison rather than a single string. music.arts.uci.edu , making it essential.

Knowing that accompaniment features are necessary for most beginners, Roland includes this functionality via its Piano Partner 2 app. Apart from providing you with standard accompaniment options, this app tracks your chords with Bluetooth. It also acts as an educational and recording tool.

Additionally, the Piano Partner 2 app offers the ‘Remote Controller’ feature, which lets you control your piano from your device. The app is available on the Google Playstore and the App Store. You can easily download it on your device and start using it with your piano.

Ease of use is an essential factor to consider when shopping for a piano, especially for a beginner pianist. Thankfully, both versions of the Roland GO Piano make life easier for users. Although the 61-key variant seems to be the easier one to use, the 88-key version is also easy to use.

We hope our Roland GO Piano review has provided you with enough information to make the correct buying decision. This keyboard is a perfect travel instrument and fits for beginners and intermediate users alike. Depending on the layout you choose, you can pick between 61- and 88-key models. Besides, check out our list of the best Roland keyboards if you want to consider alternatives.

1.
What is polyphony and why is it important? - Yamaha - United States
Polyphony refers to the maximum number of notes that a keyboard or sound module can produce at one time. For instance, if you were to play a 3-note chord with a 1-note melody, you’d need at a keyboard capable of at least 4-note polyphony.
usa.yamaha.com
2.
A basic chorus effect | Max Cookbook
The “chorus” effect is commonly used to enrich a sound. The effect gets its name from the way that a chorus of people singing or speaking in unison sounds different from a single person. By extension, a group of violins sounds different from a single violin (even though we don’t call a violin section a “chorus”), and the same effect even takes place inside a piano because most of the hammers strike two or three strings tuned in unison rather than a single string.
music.arts.uci.edu